A bar with filters appears as you drag an appearance: wall, operations, object, part or component ( in assemblies). There is one more filter – Appearance filter.

It is used to replace all identical textures. If several parts are identical in the assembly, if you want to replace it, you can edit the appearance on the card appearances (DisplayManager). Another way is to just drag a new appearance onto the part and select it Appearance filter. Otherwise, you have to drag the appearance over and over again, dropping it on multiple parts. 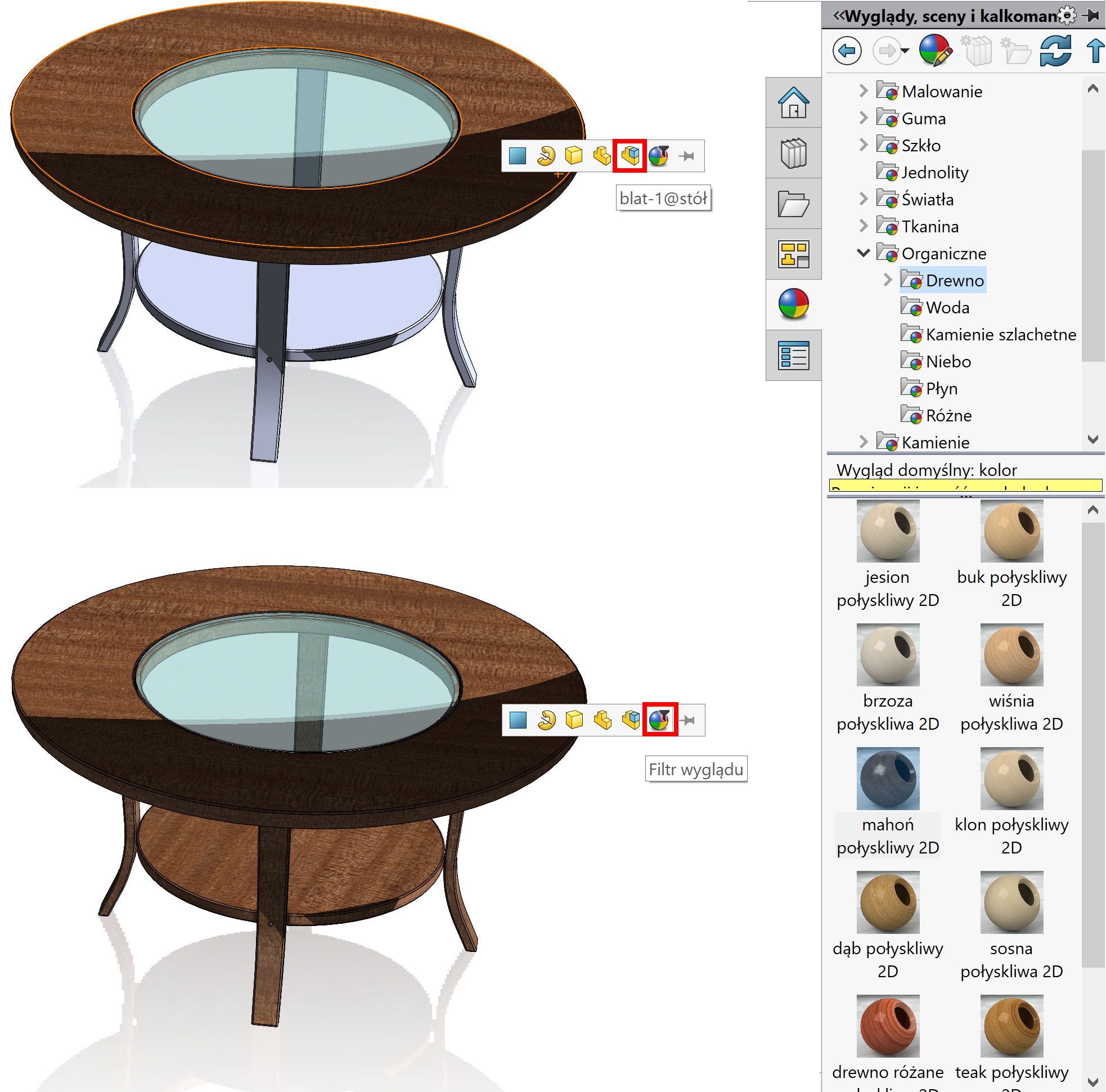 I am a certified SOLIDWORKS expert (CSWE) and instructor (CSWI).
I work in SOLIDWORKS since 20 years. I work as designer, SW trainer, technician Support. I am also the author of SOLIDWORKS textbooks.
I'm happy to share my knowledge.

There are no posts

SOLIDWORKS BLOG – Everything about the program SOLIDWORKS