Dimension of a linear symmetrical diameter is a new option in SOLIDWORKS 2022 allowing for the dimensioning of e.g.. half-views-half-sections in the drawings.

If you want to know other methods of such dimensioning, which you can use in older versions of the program, I encourage you to read the post:

Dimensioning diameters of the half-section

Such a dimension in SOLIDWORKS 2022 you can insert relative to cylindrical edge or line and point. According to the rules of drawing, by dimensioning the hole visible in the middle, we drag the dimension line slightly beyond the axis of symmetry. And that's what this kind of dimension is for. 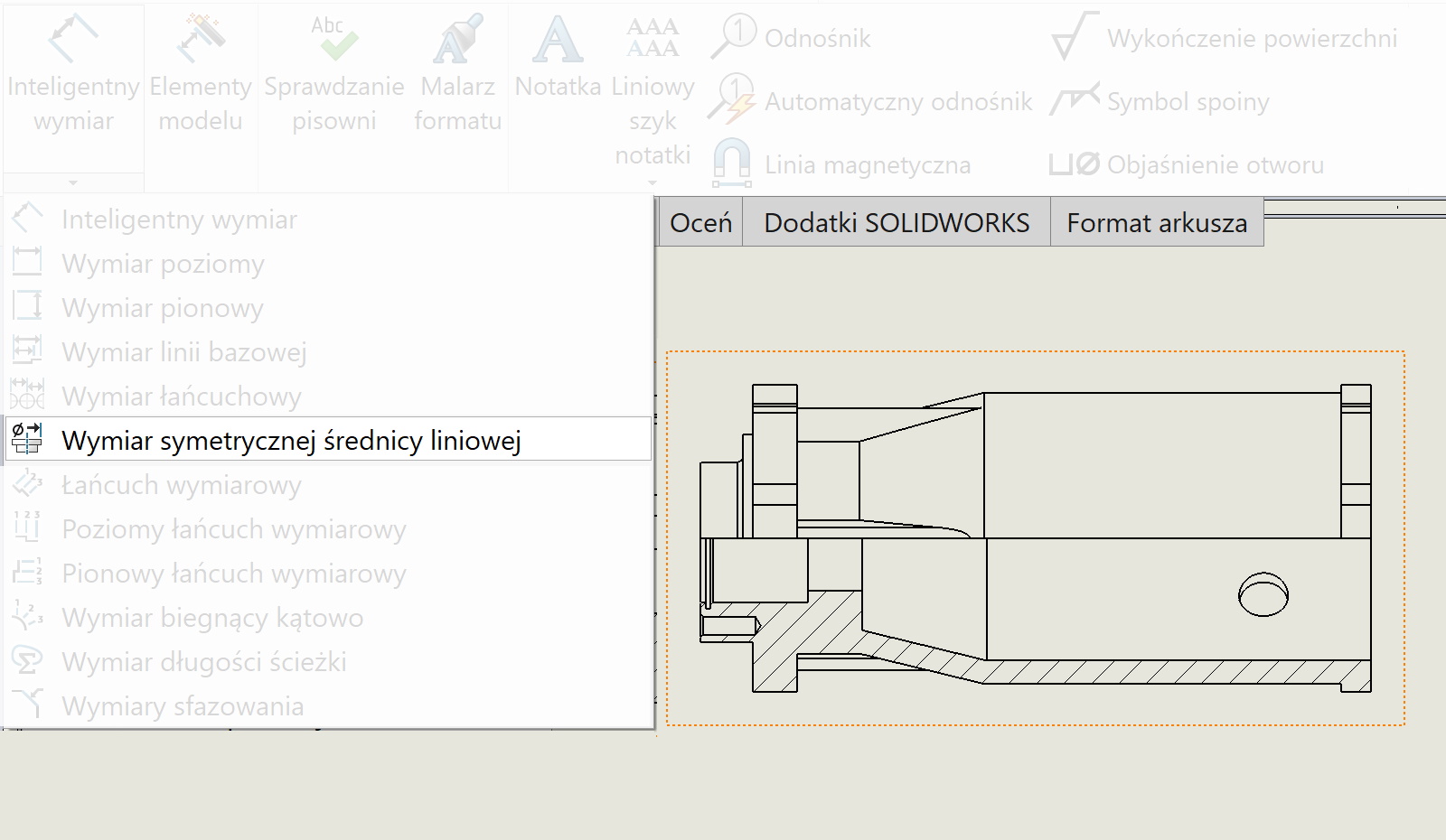 Two options can be selected: Single or Many. In the first option, select the edge of the cylinder parallel to the axis (not circular). And in the second case, we mark the common axis, and then the next edges. 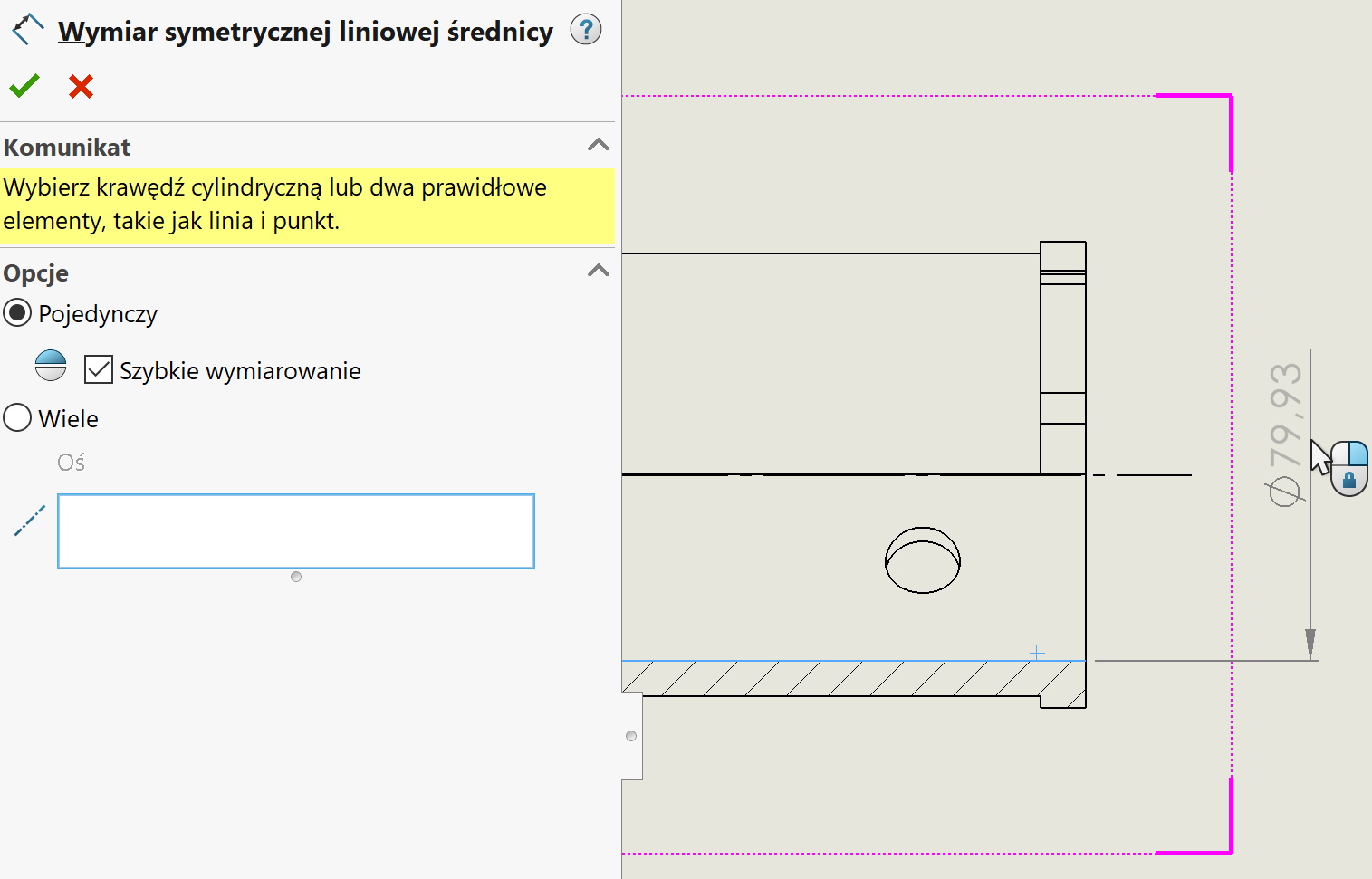 And this is what the drawing looks like after inserting many dimensions of this type.

00
Author keskaw Drawingstags Dimension of a linear symmetrical diameter
Bulk export of assembly files to neutral STEP or IGS formatWhy in the profiles of welded structures the dimensions are not marked for the drawing?

I am a certified SOLIDWORKS expert (CSWE) and instructor (CSWI).
I work in SOLIDWORKS since 20 years. I work as designer, SW trainer, technician Support. I am also the author of SOLIDWORKS textbooks.
I'm happy to share my knowledge.

There are no posts 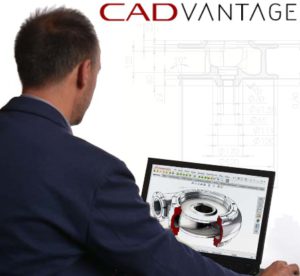 SOLIDWORKS BLOG – Everything about the program SOLIDWORKS